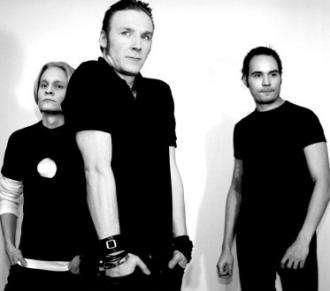 Could you introduce POTF to Estonian fans who don’t know that much about?

Marko: First of all, there are 3 of us. Ollie on the guitar and Captain plays the keyboards and Me Marko, I’m the singer. We form the core of POTF. And in our live set we have 3 very talented musicians. We’ve got Jake on the guitar and backing vocals, Jari on the drums and the Jani on the bass. It’s funny, because they all start with a „J”. 3 jacks in the background playing for us on the gigs, which is a very nice thing, that way we can produce a very nice live sound.

You released your debut in 2005 and it was a self-released and the media was very overwhelmed with that album. How hard was it to release an album without a contract?

Marko: Well, it wasn’t easy, because it takes money to produce the album and set your own label to publish your album, find the right people to distribute it and get the promotion going. So we basically had to sell our cars. I gave up my flat and moved to my parents’ basement for about a year and a half so we could do our own thing. But all in all, as an experience, it was a year and a half of a lot of fun to write the first album. You know, ever since 2003 when we got the idea that it could become something bigger, that we have a shot getting into this business and so, that was that. Other than that, you need a good manager/lawyer, so you don’t fall in the pits and loopholes that there are on the way.

Ollie: And then you have to find the right people to get your CD promoted. I think that was one of the hardest things – to get people interested when they don’t know anything about you and you don’t have a huge record label

Marko: A marketing machine. And the thing is that we’ve never ever done anything in a conventional way. It’s always been just the three guys and we do everything ourselves and that means you don’t have all these people running for different people in your company. You have to be an out-of-the-box thinker. You don’t do and do things the conventional way. Hopefully, in the future we also have a chance we also have a chance to do something by the book.

Your first single was „Late Goodbye” and it was featured on the video game Max Payne. How much did it increase your popularity? Did people start calling after hearing that song and asking where can they get more of your music?

Marko: They did. That was like the first stepping stone for us.

How did you get that song on the game?

Marko: It’s not what you know, but who you know. Well, actually the guys who made the game are my friends. It’s been a long time coming in a way. We’ve always been talking about doing stuff in their games. I’ve dubbing, speeches and comic book art for their games before and this time we had a band and we just decided that this might be a good idea and they agreed. They asked me to write a song and I wrote „Late goodbye” and they approved it and people in the States, their publishers approved that. They went around the world on a sort to speak on an approval cycle and everyone said: „Cool song, you may put it in the game”. And it was there and all of a sudden we had phone calls and e-mails coming from all over the place. Which was very overwhelming for us, because we’d thought it could be a good marketing gimmick, since it has never been done before? We thought something good might come out of it, but the way it affected everyone was really big for us. That’s the first thing that got people interested in us. They liked the song and it went on radios and we got it on radios. There were places who took it, because it was in that game. I have to stay, even though we’ll still talk about it probably years from now: it worked out for us then, but if all our other material that we wrote afterwards would not have lived up to that status, I don’t think Poets of the Fall would’ve survived for very long. 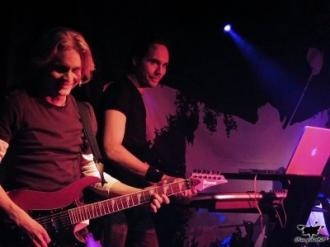 Were you surprised that you got so many awards in Finland and all over the world?

Marko: We didn’t know that we’re going to win anything. But the way you felt when you got the award, you felt this gratitude. People had noticed what you did and said: „OK, guys. We think you’ve done a good job” and we thing we’ve done a good job. We did the best that we could at that moment. There was a huge amount of awards, even for the second album as well, so it’s nice way to continue that. That’s not the thing that we do the music for, of course. If I could choose, I’d just sit in the studio and write song.

Ollie: It just proved the point that „Late Goodbye” wasn’t just the only thing that we could produce. Like Marko said earlier, it set a high standard, but also inspired us to do a good job every time. And that we managed awards for the second album was a big relief for us.

Marko: Yeah, it was. We were really scared that the first album was the best thing we could do. When we told everybody that we’re working on the second album, people asked: „ Do you have this pressure that it would sell as well?” I said: No, that’s not what I’m worried about. I’m worried about really getting ideas that I have in my head or we have in our heads and put them together and mention the same way as we did on the first album and get that outcome to come out just right, the way that we wanted. If that doesn’t work, it won’t work for anyone. But if it works for us, there are many people, who can relate to that.

The follow-up was released quite quickly. Where did you get so much inspiration to write the second album that fast?

Marko: We had about a little over 100 songs when we wrote the first album and those were like a retrospect from very long time. We made 24 demos and cut it in half and said we take the 12 best songs that will fit under the title „Signs of Life”. Some of the songs that we left out were really good but just did not fit on that album, so naturally, these are songs that we have to think about a little bit more and maybe put them on the next or the next album. So we had a store of songs that we hadn’t produced fully yet. When we wrote the second album, we had that store to go to and see if there’s anything we could use. During the year that we toured for the “Signs of Life”, we got to see so much in such a short time. Just one year and you’re placed on this stage everywhere you can just see people and they come and talk to you and give you feedback and you see what works and what doesn’t. And it gets you new ideas and inspiration, whether it’s good or bad, you still get it and that spawns a whole lot of new songs. We had that coming and we had a huge amount of songs and then we had the title “Carnival of Rust”, which gives you the tone what to put on the album and what topics you want to discuss. We did the same thing again, we had 30 songs and we cut it down to 12 songs to put on the second album.

You recently shot a promo video for “Carnival of Rust”. Who came up with the idea of this crazy carnival?

Marko: It was a process that we went through with the director Stobe. We e-mailed back and forth, sat at cafés and talked about this idea. And then we gave him free range and he came back with this synopsis and you could see that he had all the ideas that we had in our heads and made them into a story. He has actually done 3 of our videos: Lift, Carnival of Rust and now Locking up the Sun, that’s the latest. That was a hard piece of work. We worked on it continuously for 3 months – 3 months of frustration and teeth grinding.